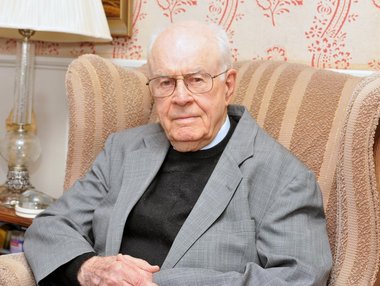 Keyes was born August 9, 1927 in New York. He worked variously as an editor, comics writer, fashion photographer, and teacher before joining the faculty of Ohio University in 1966, where he taught as a professor of English and creative writing, becoming professor emeritus in 2000. He married Aurea Georgina Vaquez in 1952, who predeceased him in 2013; they had two daughters.

Keyes began working in SF as an associate editor at Marvel Science Fiction in 1951, and his first SF story was “Precedent” there in 1952. Other novels include The Touch (1968; as The Contaminated Man, 1977), The Fifth Sally (1980), and The Asylum Prophecies (2009). He had other books published in Japan, including novel Until Death Do Us Part: The Sleeping Princess (1998), and wrote true crime volumes including Edgar Award winner The Minds of Billy Milligan (1982), sequel The Milligan Wars: A True-Story Sequel (1994 in Japan, forthcoming in the US), and Unveiling Claudia: A True Story of Serial Murder (1986). His memoir Algernon, Charlie and I: A Writer’s Journey (2000) discusses the experience of writing the story and its impact on his life. Keyes was honored as a SFWA Author Emeritus in 2000.

Keyes lived in south Florida, and is survived by his daughters.